Shockingly brutal attacks on the minority Rohingya community in Myanmar have left thousands dead and hundreds of thousands fleeing to neighbouring Bangladesh in search of safety.  Over 1 million Rohingya refugees live in the refugee camps in the Cox’s Bazaar and Teknaf areas on the coast of this poverty stricken and tiny but densely populated country.

Freshly fleeing refugees still arrive daily in Bangladesh, facing a wretched future crammed into squalid camps. Prone to cyclones, floods, landslides and earthquakes, the refugee camps are in locations incredibly vulnerable to climatic change. What’s more, ongoing conflict is threatening the safety and wellbeing of countless families The Rohingya people have literally been through the wars but their plight has largely been forgotten or unnoticed by the international community and they desperately need our help.

Flash floods in Rohingya camps with over 12,000 refugees affected and over 2,500 shelters destroyed.

Global Relief Trust are providing aid in the camps right now and will be rebuilding shelters. Please help.

Global Relief Trust, On the Ground

We have been working in Myanmar since 2016 and since August 2017 have been leading several projects in the refugee camps, delivering life-saving emergency aid, food, shelter and hygiene kits to those displaced by internal conflict and inter-communal violence. We have also funded primary care trusts, surgeries and training for local doctors. 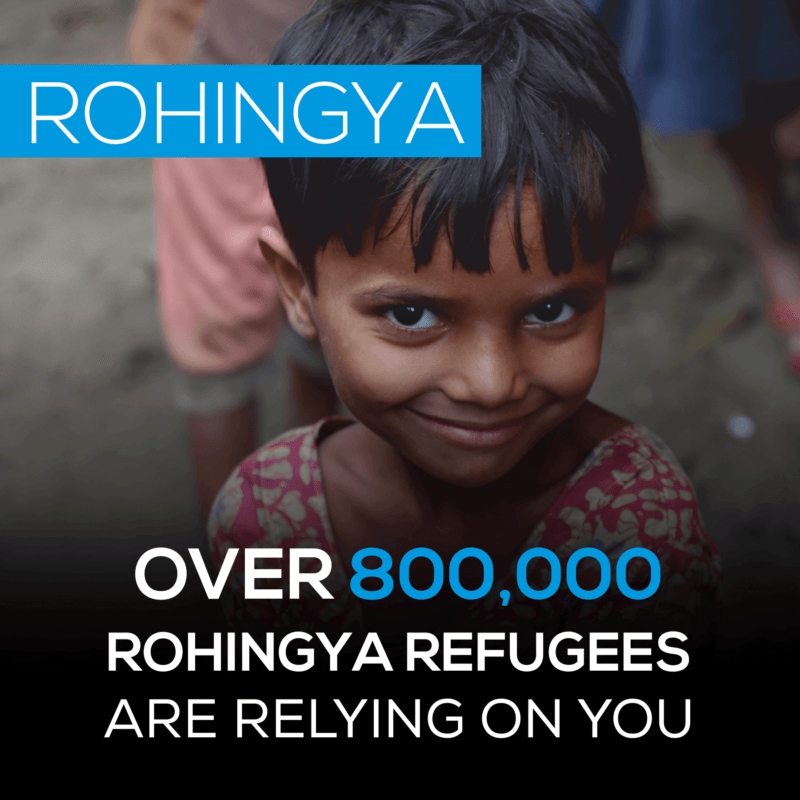 Violent attacks on the minority Rohingya community in Myanmar left thousands dead, and hundreds of thousands fleeing to Bangladesh in search of safety. There are over 1 million Rohingyan refugees living in the extremely densely populated refugee camps in area of Cox’s Bazaar and Teknaf on the coast of Bangladesh. Every day, there are refugees still arriving in Bangladesh, facing a future living in crowded camps with issues of sanitation, clean access to water, food shortages, spread of illnesses; a future without hope.